Details
Written by The Expresso Shoppe

Colombian coffee is diverse, and crops are grown in both Northern and Southern regions. Colombian coffee is very balanced, has good body, brightness and flavor. Historically, Colombian beans were sold based on bean size (Excelso, Supremo), as opposed to Central American and South American coffees, which are graded on altitude.

Colombia is one of the world’s largest producers of coffee and is unique in its ability to harvest coffee all year long. Our Colombia Supremo is grown high in the Andes mountains, in the Huila region, the most southeasterly of the growing regions in Colombia, nestled between the Cordillera Oriental to the east and the Cordillera Central to the west. Here coffee is grown on the slopes of both Cordiller, leading up from the valley at altitudes of 5,000 feet and higher. The high altitude of the Huila region contributes to the unique flavor profile of its coffee; higher altitudes yield a denser coffee bean, because it takes longer for the fruit to mature and coffee trees produce less fruit at a time at these higher elevations. When a tree’s energy is channeled into fewer coffee cherries, the coffee beans inside the cherries are denser, and this density gives the coffee more complexities.

The Huila region is the most southeasterly of the growing regions in Colombia, nestled between the Cordillera Oriental to the east and the Cordillera Central to the west. The coffee is grown on the slopes of both Cordilleras leading up from the valley. The coffee can be grown up to 6,235 feet above sea level. The climate is temperate with year round distribution of rainfall and the soil is rich and volcanic.

Huila coffee is produced by 97 small coffee growers who comprise the Asociacion Los Naranjos San Agustin. The coffee is wet processed and sun-dried on patios or sun roofs. Colombia Supremo Huila yields a very rich and nutty aromatic flavor with an excellent balance of brightness, a light brown sugar & wildflower honey sweetness and a faint lemon & grapefruit citrus taste as the coffee cools.

The first coffee crops were planted in the eastern part of Colombia, and the first recorded commercial production was in 1835, with 2,560 bags of green coffee. A well-known priest named Francisco Romero was very influential in the spread of the coffee crop in Northeast Colombia, sometimes even requiring the cultivation of coffee as penance. Colombian coffee became an export crop in the second half of the 19th century, and the United States, Germany, and France became consumers of Colombian coffee. At the turn of the 20th century, international coffee prices dropped and so did the profits of many large coffee estates in Colombia. This led to several small coffee producers joining together to develop and adopt a new model of coffee exports, one based on the rural economy and supported by internal migration and the colonization of new territories, particularly the western parts of the country. 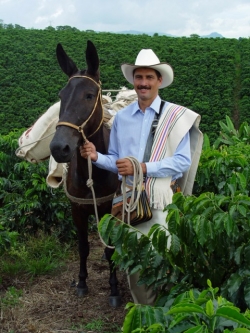 Between 1905 and 1935, the Colombian coffee industry grew significantly as their newly-formed National Federation of Coffee Growers of Colombia (FNC) created a union of local farmers and small producers and confronted logistical and commercial difficulties. Cultivation systems improved, spatial patterns permitted differentiation of the product, and new techniques evolved to support coffee quality. Today, Colombia has 38 cooperatives independent of the FNC, and of those, nineteen are certified Fair Trade. The majority of Colombian coffee is shade grown with 1.4 million hectares (10,000 square meters) under canopy, and only 717,000 hectares grown in full sun.

In some countries, bean grade is determined by size. The beans' size is measured by sifting raw beans through a series of perforated containers called Sieves or Screens. The largest beans, Grade 18+, will pass through the first screen, with 18/64" diameter holes, but are stopped by the next smaller screen, with 16/64" diameter holes (Grade 16). By this process, beans are seperated by size and grade (size) is determined.

The terms Excelso (smallest) and Supremo (largest) are used as the general coffee grading terms in Colombia. Excelso coffee beans can pass through grade 16 sieve perforations but will not make it through a grade 14 screen. Excelso beans are large, but are smaller than Supremo beans. Even though they may come from the same tree, they are still sorted by size and sold accordingly. In general, altitude is considered a better indicator of coffee quality than size. Coffee beans grown at higher elevations tend to be larger and denser, and have more flavorful body than their lower-altitude counterparts. Most other Central American countries grade their coffee based on altitude, not size.

What's In My Cart?

Your cart is empty 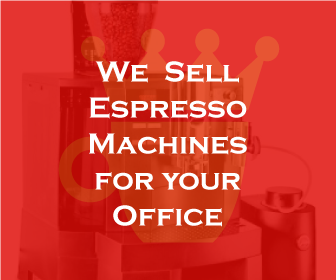